Use one of the services below to sign in to PBS:

You've just tried to add this video to My List. But first, we need you to sign in to PBS using one of the services below.

You've just tried to add this show to My List. But first, we need you to sign in to PBS using one of the services below.

Get extended access to 1600+ episodes, binge watch your favorite shows, and stream anytime - online or in the PBS app.

You may have an unactivated WNMU Passport member benefit. Check to see. 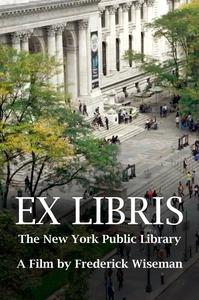 Frederick Wiseman’s film, Ex Libris – The New York Public Library, goes behind the scenes of one of the greatest knowledge institutions in the world and reveals it as a place of welcome, cultural exchange and learning. With 92 branches throughout Manhattan, the Bronx and Staten Island, the library is a resource for all the inhabitants of this multifaceted and cosmopolitan city, and beyond.

Ex Libris: About The Film

Watch excerpts from the film, and read Wiseman's thoughts on making documentaries.